At just two months into 2020, new phones are shaping up to be what we largely expected. Namely, this year will be a big one for phones with better cameras, flexible displays, 5G connectivity or screens with high refresh rates. Samsung proved this point recently on Feb. 11, when it announced its Galaxy S20 devices and the foldable Galaxy Z Flip phone, which include many of the previously mentioned features.

This shouldn’t be surprising, as phone makers are evolving and innovating faster than ever. We also predict that Samsung’s Galaxy line and Apple’s iPhones will remain many people’s top choice, but other phone makers will gun for their place with fantastic handsets of their own. All this competition benefits us users, however, who have many excellent phones to choose from, and at a number of different prices. Read on to see what the best phones are right now and take a look at our tips on how to buy a new phone. Also, check back with this list often as we regularly update it while the the year unfolds — especially given that Samsung and Motorola recently launched several phones this month.

Apple iPhone 11Starting at $700, the iPhone 11 is the best midtier model Apple has ever made. Its cameras get an excellent new Night Mode and an ultrawide-angle camera adds extra detail in photos. Video is fantastic, too.

Samsung Galaxy Note 10 Plus
While it’s true that the new Galaxy S20 phones just launched, the refined, feature-packed Note 10 Plus from 2019 still closes the gap with rival phones. This top-of-the-line phone was made for people who want the best Android. It has a killer 6.8-inch screen, an all-day battery life and excellent camera tools.
Samsung Galaxy S10E
As the most wallet-friendly Galaxy S10 phone, the Galaxy S10E has a lot to offer. It’s a smaller phone, which is great for those looking for a small grip, it has a superfast Snapdragon 855 chipset and a lengthy battery life. It can also wirelessly charge other phones and accessories.

Google Pixel 3A
The Pixel 3A shaves a few features off of 2018’s Pixel 3: It’s not water-resistant, doesn’t have wireless charging, and it maxes out at 64GB of storage. But it adds a headphone jack and keeps the same amazing Night Sight camera that can shoot great photos in the dark. (Daytime photos look amazing, too.) . 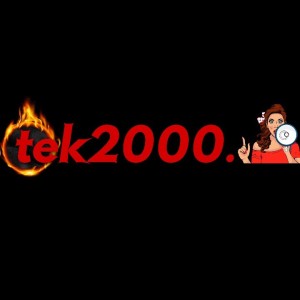